The Digital Soldier Conference and the Emerging Role of the PTE 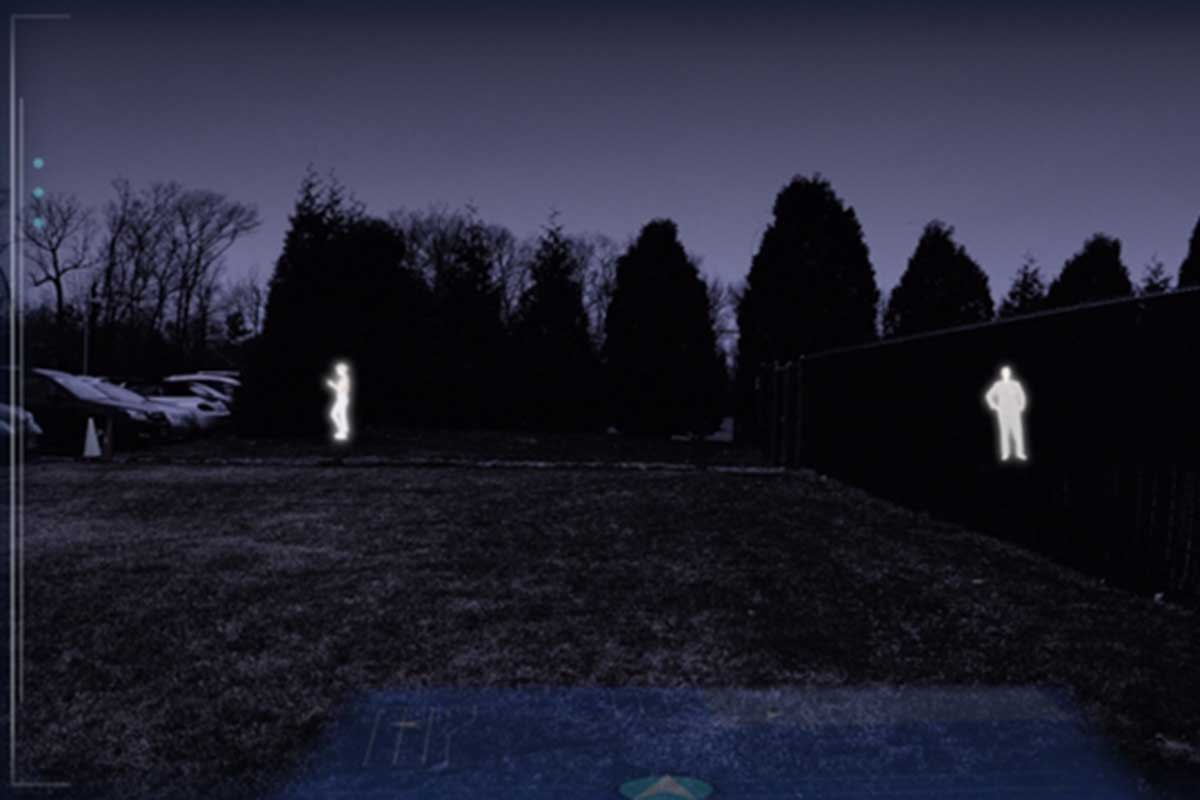 Recently, a delegation especially appointed to represent the best interests of the University of Pecs, participated in an international conference, held in Budapest, 30 April, featuring a global mix of prestigious lecturers. The themed topic highlighted the "digital" gladiator of the future, and the team from Pecs presented a specified form of technology which portrays a crucial role in a battlefield comprised of two fronts, combat and health care.

Ladies and gentlemen, it is no longer a Hollywood gambit. Enter today’s new warrior, suitably armored against saber-rattling offensives, namely, that of the exoskeleton. And this is no transcendental schism, a distortion of one’s imagination, drawing heavy on science fiction characters and molded in the form of an animated, often times quirky super hero.

Dignitaries and attendees to the Stefania Palota Honved Cultural Center, witnessed firsthand and up close an array of highly refined technologies hosted at the Digital Soldier 2.0 Conference Exhibition, in which classic weapons and firearms, including drones, virtual and extended reality goggles, accentuated by the PTE team and their high-tech exoskeletons, all welcomed the brave, the curious and intellectual thrill-seekers.

The prophet’s message was clear. In the battlefields of the near future, and to varying degrees, the present, today’s warrior must increasingly cooperate with "intelligent" machinery and sophisticated forms of equipment and the time is rapidly approaching when the human body and mind will also undergo transformation.

How will this change affect the role of soldiers and how will this change society as a whole? Based on the lectures of the conference, experts from the world's leading military powers are still looking for answers to these questions. This evolutionary change is not limited to tomorrow’s infantry. The future impact regarding these changes in our society is one of today’s most important questions pondered by the scientific world.

Interestingly, topics of warfare are organically linked to wider technological-social changes, such as the dawning of the Artificial Intelligence revolution. As Dr. Laszlo Toth, Associate Professor of University of Szeged, has shown, “Although the ‘general’ artificial intelligence that can perform beyond the human mind is still far away, ‘narrow’ artificial intelligence forms are yet far beyond human performance in certain areas. The use of these specialized AIs are becoming more widespread and acquiring new victories over people every day.”

To cite an example, consider for a moment, the deep neural networks simulating the functionality of the human nervous system, and the associated breakthroughs achieved in recent years regarding the field of interpreting visual information and speech interpretation. Deep learning systems can capture the gender, age, height, weight, or illness of an unknown speaker, which may play a major role in the early detection of Alzheimer's disease. Ironically, AI may likely prove effective in distinguishing between machine and human forms of speech.

The artificial intelligence revolution and other technological breakthroughs recently developed was not followed by evolutionary human development, thus it raises polarized issues in reference to the military.

Heap more responsibility upon machinery, or will technology preserve human engagement? Are we headed towards a dystopian state in which humankind is governed by technology? The response of the United States, the world's leading military power, to this dilemma is the Centaur Warfare, a hybrid model culminating in the combination of human decision-making and machine speed, strength and precision.

Dr. Amy A. Kruse, Senior Scientist at the Platypus Institute for Applied Neuroscience Research, hosted a presentation regarding modern centaurs. Kruse was previously employed as a Program Manager for DARPA, the US state-of-the-art military research agency (thanks to DARPA and its predecessor, ARPA, we have the Internet, the emergence of GPS and self-driving cars). Her presentation was indeed impressive, to the point of ominously surreal, dependent upon one’s perspective regarding the future.

Expressively, real-time monitoring of the brain makes it now possible, in consideration of today's technological advances, to separate the brain pattern of individuals appointed with outstanding performance in a particular area (such as marksmanship) and implement this technology to accelerate training and improve efficiency. During the panel discussion following the lectures, it was stated, according to a neuroscientist in attendance, “Up and downloading memories into the human brain may be realized within a 5-10 year timeframe, since the basic technology is now available.”

In addition to brain capacity enhancement, the Centaur model also features novel physical  development, as in the form of sensory refinement. Kruse has rekindled existing examples such as implantation of magnets in the fingers to detect magnetic fields (https://en.wikipedia.org/wiki/Magnetic_implant), and an implantation "compass" in the chest. An obvious solution vastly improving physical strength and endurance is the exoskeleton.

Although exoskeletons have been used throughout industry for decades, the developmental technology (for example, modern batteries as an independent power supply and advanced electronic control system) is rapidly becoming increasingly commonplace regarding military applications and healthcare. Researchers and engineers at the University of Pecs have presented a smartwatch-controlled Rewalk exoskeleton which can climb stairs, up and down, and can function several hours on a single charge. 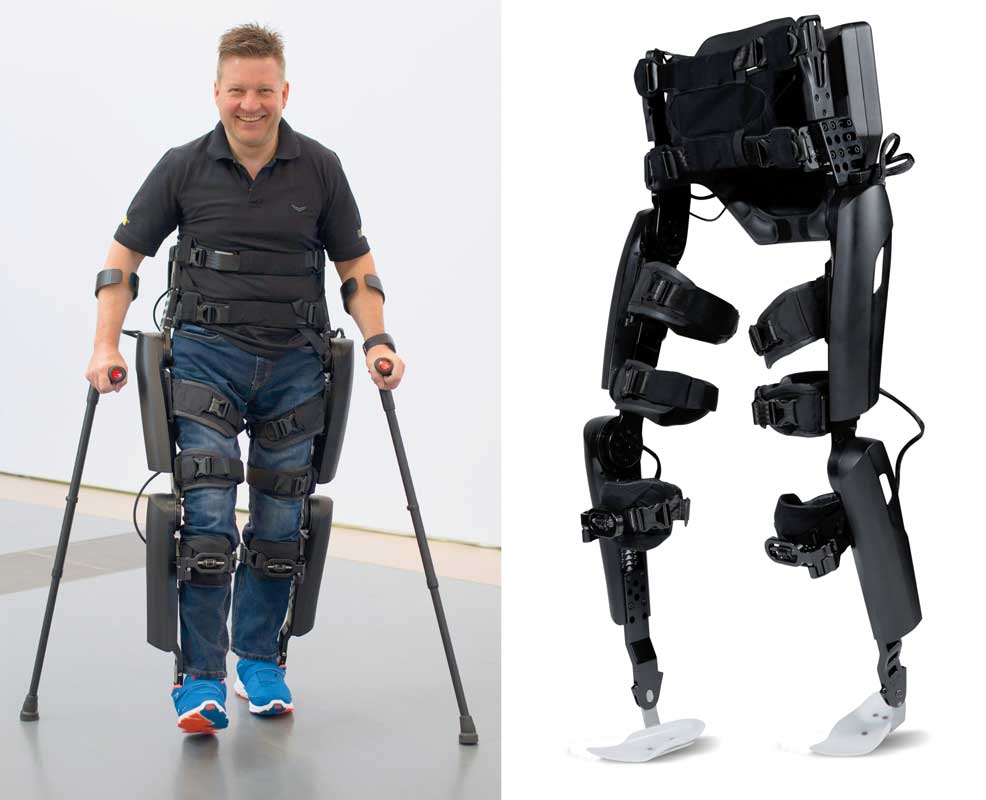 The growth and development regarding exoskeletons clearly demonstrates the centaur approach and proves operational throughout “civilian” capacities. Today, exoskeleton technology can accomplish an important role in the rehabilitation of disabled individuals or can aid in various disaster relief tasks. The research in Pecs is currently aimed toward rehabilitation, as Dr. Luca Toth, Head of Medical Innovation at the PTE 3D Project, recently stated, “There is not enough data yet available to predict how these tools can affect the recovery of lost mobility functions in the long run, while on other hand, technology becomes more and more accessible.”

Participation in the conference is also one of the first steps in a long-term cooperation. Since military research is synonymously linked in terms of synergy, often associated with civil research and development, the PTE projects an increased interest in the efforts of the PTE 3D Center, the PTE MS Simulation Center, and the Department of Operational Medicine.

In pursuit of the various methods regarding the implementation of virtual reality, the possibilities today are poised at the epicenter of science, the threshold of 3D technology, and emerging healthcare solutions and the Hungarian Defense Forces can ideally reap immense dividends.

See the full (Hungarian) version of this article: